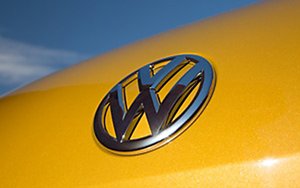 Bad news and scandals can have a negative impact on a brand’s “emotional engagement” (a measure of how well brands meet consumer expectations), but the damage is even worse when that engagement is already low.

According to Brand Keys evaluation of the 10 lowest-scoring brands on its 2016 Consumer Loyalty Engagement Index, all had been struggling with consumer engagement before bad news pushed them even further, says Robert Passikoff, the consultancy’s founder and president.

“Bad news doesn’t help, but a brand that has some level of engagement to it is six times more likely to survive,” Passikoff tells Marketing Daily. “It depends on where you start off to begin with, and then it’s about the bad news.”

Take Volkswagen, for instance. The brand was already one of the lower-scoring companies in the automotive category before news of its diesel-engine emissions scandal broke, Passikoff says. That initial low engagement score, coupled with the scandal, sent the brand to the bottom (or top depending on which way you’re looking) of the list, he says.

A failure to adapt to consumer expectations also leads to low brand engagement scores, Passikoff says. BlackBerry, number two on the list of lowest engagement, has not engaged consumers in the technology category for a number of years, he points out.

“In the category in which they compete, innovation is the value that’s resonating with people,” Passikoff says, adding that few are thinking of BlackBerry in that fashion anymore. “They’re missing the expectations of the category they’re engaged in.”

Similarly, Whole Foods, which was 10th on the list, was hurt by hubris. After being accused of price-rigging on some of its house brands, the brand didn’t own up and apologize immediately, Passikoff says. In addition, the brand was hurt by changing consumer expectations that similar products could be found in other markets for less money, he says.

"There was no contrition and you’re dealing with shifting category values,” Passikoff says.

Yet brands with high engagement scores already can withstand bad news, Passikoff says. Chipotle, for instance, has been rocked by reports of e-coli and safe food handling scandals. Yet its engagement scores didn’t drop into the lower realms.

“All the brands that tend to do badly really don’t understand what people want in their respective categories,” Passikoff says. “[For] those that had engaged customers, they were willing to give the brand the benefit of the doubt. It depends on how strong the engagement that exists already is.”