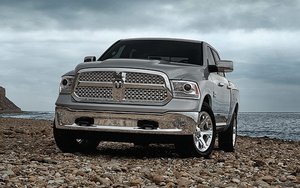 Seven Fiat Chrysler Automobiles vehicles set records in the month of April, including the Jeep Renegade and Jeep Compass, each posting their best monthly sales ever.

FCA posted its best sales since 2005. The Jeep and Ram Truck brands each posted year-over-year sales gains in April compared with the same month a year ago. The Jeep brand’s 17% increase was the largest sales gain of any FCA US brand during the month. However, FCA car sales fell 8% for the month, including a 60% tumble for the Chrysler 200 midsize vehicle.

“The SUV and truck segments continue to drive growth, which means Jeep and Ram are ideally positioned for today's market,” says Karl Brauer, senior analyst for Kelley Blue Book. “At some point we may see a shift away from utilities and trucks, but until that happens FCA can leverage consumer demand for these vehicles while closing in on six years of continuous volume growth.”

“GM's focus on retail sales and its disciplined stance on cutting rental deliveries, even at the cost of overall sales, is in stark contrast to the GM of just a few years ago,” Brauer says. “This approach will generate greater profit and improved residual values, two key factors for long-term health.”

Incentives are starting to creep up, particularly on the car side, but a robust consumer appetite for trucks and SUVs remains in place, he says.