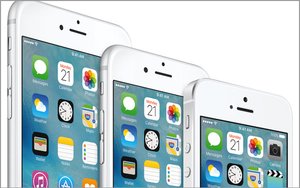 When it comes to smartphone screens, size does matter.

Based on a sampling of 271 million unique devices across models with the most users, Localytics found that users are spending 23% more time in apps on five-inch or larger screens versus small-screen devices.

Time was measured as both the frequency of app launches per month and the length of time spent in-app.

People spend more time — 66 minutes on average — in each individual app on five-inch screens, as opposed to only 45 minutes per app on four-inch screens. Users with larger phones launch apps 21% more often than those with smaller phones. Those with larger devices also spend 3.53% more time in-app than their smaller counterparts.

Android users also tend to be power users, and appreciate the customizability and range of options for their devices.

According to the study: “While there is a temptation to treat all smartphones alike when it comes to developing an app strategy, it is important to see that engagement differs by screen size. And this is likely due to the fact that the app experience itself is stronger on the larger screen phones, rather than the fact that the larger phones offer more or different features.”

Mobile marketers need to be aware of the device type, as well as the OS, in order to make better decisions about segmenting their audiences for engagement.