Final Upfront Week Isn't The Big Bang It Used To Be 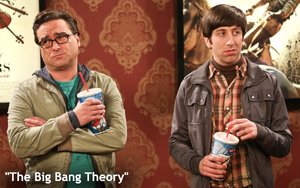 If nothing else, the long upfront presentation season provides a prime illustration of the way television -- or video-based media -- has fragmented.

Once upon a time, the only upfront game in town was the season’s final week in mid-May when the Big Four networks mounted their big upfront events in New York, and people would complain good-naturedly about the exhaustion of it all. Just imagine: You had to attend four huge presentations in Manhattan in four days! OMG!

It turns out that was nothing. This year, the final week of upfront season that starts next Monday (May 16) will have 10 events in four days. Among those who have shouldered their way into the final upfront week in recent years are heavyweights such as Univision, ESPN and all of the Turner cable networks (in one presentation next Wednesday).

And NBC’s upfront on Monday morning at Radio City Music Hall won’t only be about the broadcast network. The company intends to include all its TV platforms in one epic presentation, including Spanish-language networks (Telemundo and NBC Universo) and cable networks (from Bravo to Syfy, presumably).

While care has been taken to ensure that none of next week’s upfront events overlap, it’s also true that just getting around town to get to all of them will leave little time for actual desk work. If the weather is warm and it doesn’t rain, that’s really not a problem for most of us. When you see all the happy faces at these upfront events, you can tell that most of these attendees don’t mind ditching desk work for a week. They look like schoolchildren on a field trip.

Of course, attending all the upfronts is a feat that really isn’t possible anymore for any one person. That won’t stop advertising types and journalists on the TV beat from trying to go to as many of them as they can, however.

But here’s the point: While the final upfront week tends to garner a ton of attention (journalists are already hard at work trying to cajole network sources to spill the beans on their fall schedules), this season of presentations has been going on since March 2. That’s when Nickelodeon got the ball rolling with its presentation that featured appearances by Cam Newton, Carmelo Anthony and Flo Rida.

Since then, there have been dozens and dozens of these things -- TV Land, Nick At Nite, CMT, MTV, BET, Hallmark Channel, NatGeo, Comedy Central, Game Show Network, Freeform, TV One, and on and on and on.

Not that there’s anything wrong with that, but I’m guessing that, very generally speaking, the allocation of ad dollars has fragmented more or less in proportion to the way that audiences have broken up into a thousand pieces (or more).

Still, it’s also highly likely that the biggest networks with the highest profiles -- and consequently the biggest audiences -- can probably look forward to getting the most money, even as dollars get siphoned off the edges by the digital companies and sliced off in chunks of varying sizes by cable networks both large and small.

For now, it’s still possible for the grand old TV networks to get a big bang out of what used to be known as “Upfront Week.” But the question skulking in the shadows is this: For how much longer?