Data Tells Why Brands Lag And Drag On Mobile 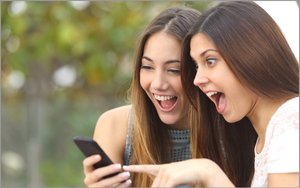 Most mobile users look at their email on the phone or glance at Facebook posts within 29 minutes rolling and reaching to turn off the alarm, according to data released Tuesday.

Some six in 10, or 61%, of consumers responding to Sitecore's survey say they have a mobile device within reach for eight or more hours each day. On average, the device remains in reach for 10 hours per day.

The Sitecore study, based on a survey of 4,500 global consumers and 450 brands and conducted by Vanson Bourne in January and February of 2016, analyzed behavior, purchase patterns and reasons for using mobile applications. The data analyzed 13 verticals including financial services, retail, hospitality and leisure, health care, media and marketing and consumer product goods.

When survey participants were asked how frequently they search for items on their mobile phone before purchasing the product or the service, 40% said some of the time; 24%, all the time; 20%, not very much; and 16% never, according to data released Tuesday.

Convenience, security and speed are seen by both consumer and brand survey respondents as key elements of a good mobile experience, but for consumer payments still lag behind making purchases on a mobile phone. Only 8% pay for goods weekly on their phone; 11% every few weeks; 15% not regularly; 16% a few times per month; and 51% not at all.

The majority of brands are unprepared when it comes to implementing a mobile strategy and do not allocate sufficient resources to maintain, adapt, and improve the experience that customers expect.

The lack of real-time customer insight remains a major barrier for many organizations. While the majority of brands collect information on mobile customers, only a limited number can do so in real-time. Only 49% know in real-time what customers most recently bought and 37% know the Web page a site visitor last accessed.

Some 70% say offers and discounts for purchases are the No. 1 reason for using branded apps on their mobile phone. Sixty-three percent see point awards as an important reason for using a branded app. The No. 3 reason is finding the nearest store at 55%, followed by making payments at 47%, and pre-ordering goods and services at 45%.

This column was originally published in Search Blog on May 10, 2016.