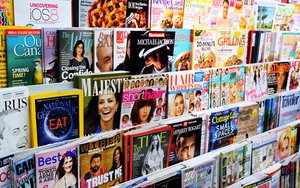 “Its different than, say the retail industry, because it’s not about an offer or a promotion code,” he says. “For publishers its all about content and often that content is long-form and constantly changing.”

Campaign Monitor powers the email marketing campaigns of more than 20,000 publishers, including traditional book publishers such as Simon & Schuster and Penguin, and major Internet outlets such as BuzzFeed, Reddit and Vice Media.

The drag-and-drop builder makes emails easy to develop and automatically optimizes them to be read on any mobile device. Marketing automation features help publishers set up triggered campaigns that can be personalized based on a reader’s preferences and behavior.

“It’s not just about being able to acquire an eyeball here or an eyeball there,” says Swesrud. “It’s about building a massive audience publications can engage with to drive readers back to their Web site or to look at an advertisement."