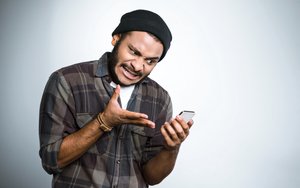 Customer satisfaction is improving in the telecom industry. But it’s not like there was any other way to go. @ascionline

Things are looking up for the telecommunications industry when it comes to customer satisfaction. But it’s not like there was anywhere else to go.

After two years of declining numbers on the American Consumer Satisfaction Index, the sector, which includes pay-TV companies, Internet service providers, wireless telephone services and the device manufacturers, saw a slight 1.9% gain to 70.1 on the Index’s 100-point scale.

“There’s some improvement across the board, and that’s always good news for consumers,” Dr. Forrest Morgeson, director of research for ACSI, tells Marketing Daily. “But [the scores] are always relative to those in the past, and that’s something to keep in mind.”

Having notched to two biggest year-to-year drops on the Index last year, Comcast and Time Warner Cable, for instance, managed to return to their previous levels, which were already pretty low.

“Last year, Comcast and Time Warner Cable dropped substantially,” Morgeson says. “Their scores this year are an improvement, but they’re back into their historic range. It will be interesting to see if this is something they’ve changed significantly.”

Comcast is tied with Suddenlink at 62, while TWC and Cox have ratings of 59. Mediacom, with a score of 54, has the lowest customer satisfaction rating of all the companies in the index. Fiber optic company Verizon Fios and AT&T U-Verse held the highest numbers for the industry (70 and 69, respectively), while DirecTV and Dish Network also had higher-than average scores (68 and 67, respectively).

Internet service providers, many of who are also pay-TV providers as well, also managed small gains overall, led by Verizon Fios, which has the highest customer satisfaction rating (73) ever for the sector. The irony for many of these companies is that providing excellent Internet service could cut into their pay-TV business.

“They actually have a bit of a disincentive to make their ISPs good enough to take full advantage of streaming,” Morgeson says.

Wireless companies benefitted from increased competition and a changing business model that requires more attention to customers. The phase out of contracts has led wireless companies to do more to attract and retain customers, which has helped their customer-satisfaction scores, Morgeson says.

“You’re seeing changes industry-wide that could be having a positive effect on customer service,” Morgeson says. “All of that allowed for greater competition in the industry, and with greater competition, we generally see higher satisfaction.”

In fact, the companies with the highest customer satisfaction ratings were the smaller ones, such as TracFone, which had a score of 75. The big four — T-Mobile, AT&T, Verizon and Sprint (74, 71, 71 and 70, respectively) — helped the sector improve its category score 1.4%.

Finally, when it comes to devices, Apple and Samsung stand out, with scores of 81 and 80, respectively. Both companies, which control 70% of the smartphone market, benefitted from consumer preference for a larger screen, Morgeson says. “The bigger phone tends to get higher satisfaction,” he says.