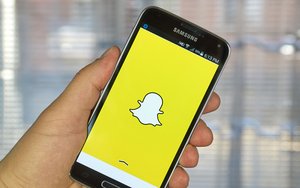 The social media landscape appears to have experienced a significant shift.

Snapchat now boasts 150 million daily active users, sources tell Bloomberg. If accurate, that means the 4-year-old startup has securely surpassed Twitter, which is reported to have about 140 million daily users.

The figure should come as no surprise to investors who just committed about $1.81 billion to Snapchat.

In light of the recent funding, venture capital database PitchBook estimated that Snapchat’s valuation rose to $17.81 billion -- up from $16 billion in February.

Yet, Snapchat is still trying to find its financial footing. In fact, it took in just $59 million in revenue last year, according to a pitch deck obtained by TechCrunch.

Part of Snapchat’s growth strategy includes international expansion. Earlier this month, it broadened its UK advertiser base, and introduced new ad formats in the region, per Campaign.

Snapchat also continues to score big partnerships with top media and entertainment outlets. Last month, it announced a partnership with NBC to show highlights from the 2016 Olympic Games in Rio. The nonexclusive distribution deal was a first for the Peacock network, but likely not the last.

Snapchat also recently surpassed Instagram as the top social destination among teens, according to findings from Piper Jaffray. Most recently, it raised $175 million in March. Fidelity led that round.