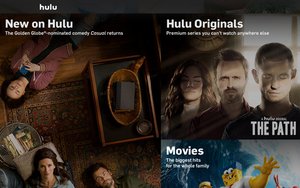 With Hulu prepping a digital OTT service network, one media analyst believes it would have an initial wholesale cost price of $34.06.

A proposed package, according to MoffettNathanson Research would include packaging all the networks from the three major media Hulu investors -- NBCUniversal, 21st Century Fox, and Disney-ABC Television. It assumes Hulu would also strike a deal with CBS Corp.

"It's our belief that in order to launch a successful national over-the-top product, you need the four broadcast networks to be anchor tenants on that project," said Michael Nathanson, senior analyst of MoffettNathanson

Disney-ABC Television would command the most dollars, according to MoffettNathanson Research, on a wholesale price basis -- largely due to ESPN. For its ten broadcast and cable networks, Disney would pull in $14.21 per subscriber per month, with ESPN getting $7.32 a sub and ABC pulling in $2.40.

CBS would bring in $2.70 a month for the two networks CBS and CBS Sports Network. Like other broadcast TV networks, CBS would receive a wholesale price of $2.40.

MoffettNathanson believes these core groups and channels might come at the expense of limiting other middle- and lower-viewed cable TV networks. "There's no way Fox or Disney would launch and let Hulu cherry pick their bundle," said Nathanson.

When it comes to overall viewing by media company’s overall broadcast and cable network holdings, MoffettNathanson says Disney-ABC Television commands an 18% share of total day viewer live program ratings; NBCU, next at 17%; Viacom, 14%; Time Warner, 13%; Fox, 12%, and CBS and Discovery Communications each with 9%.