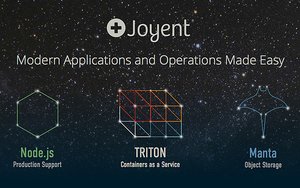 Samsung announced Wednesday that it will purchase Joyent, the cloud-hosting specialist that helped foster the development of Node.js, a globally popular programming tool. The smartphone maker has not yet released a purchase price.

As smartphone sales stagnate, Samsung is apparently looking for new revenue streams outside of hardware.

In a blog post about the deal, Bryan Cantrill, the CTO at Joyent, pointed out that cloud computing has befuddled legacy computing companies because they have never deployed on the cloud in any meaningful way at scale.

Based on various tidbits from Samsung executives since the beginning of the year, the company has been actively looking to move away from manufacturing and into software development.

Cantrill’s blog post also touched on the aspects of Joyent’s tech that Samsung thought useful—specifically the Triton and Manta products. Triton is a container-as-a-service (containers are like small virtual machines that only run one app) solution and Manta is an object-storage system.

Samsung plans to use Triton and Manta as the server-side foundation for a new generation of mobile and IoT-based applications.

With Samsung providing scale and use-cases for Joyent’s software, the company will be able to provide a third option at scale against Google and Amazon in the cloud-computing space. And the partnership will give Samsung a clear alternative to hardware manufacturing.