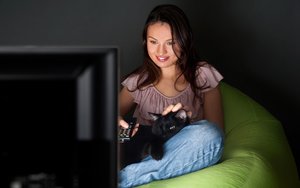 Canvs, a tech platform that analyzes social-media responses to understand how emotions impact TV viewing, released a study on Wednesday that identifies a correlation between certain emotional reactions to a particular TV episode and increased viewership the next week.

The company is also releasing a product called Canvs Viewership Probability (CVP) that will allow users to gain the same kind of insights.

Grouping social media tweets under specific emotions, such as “beautiful,” “love”, “hate” and “crazy” to name a few, Canvs says there is a predictive connection between social media users’ tweets and viewership for upcoming TV episodes.

So far, clients have used the data in a variety of ways, including prioritizing promotions, strategic tune in messaging, ancillary content creation, and ongoing program research.

Contrary to what might be expected, comedy viewership didn’t increase because viewers found a show funny. However, for comedies, “there is a stronger correlation between beautiful in viewership than there is for love,” says Canvs CEO Jared Feldman.

For drama and romance, hate had an even stronger correlation with increased viewership than any other emotional response. Feldman says that insights like these show that emotional responses, far from being positive or negative, can translate into dollars and cents business decisions.

One of the biggest movers is emotions around “hate.”

For every 1% increase in social media “hate” emotion, there is a 0.7% increase in viewership when it comes to drama TV programming. Reality TV also gets a 0.7% bump from a 1% increase in “hate”-related tweets.

Canvs says research comes from Nielsen data, as well as what it says is "largest TV viewership study using Twitter data.” For this study, it analyzed 431 series airing from January 2014 through June 2015 -- 40% coming from national broadcast TV networks; 55%; from cable TV networks; and 5% from premium TV networks.