Adblock Plus gave its first public viewing of a micropayments system it has been developing with microdonations platform Flattr, but it is still being less-than-public about what the source of funding for those payments will be. Consumers? Good luck with that. Advertisers and agencies? Ditto. Presumably, it will come by redirecting revenues from publishers that pay to get whitelisted so their ads don’t get blocked by Adblock Plus. In other words, it will probably involve robbing Peter to pay Paul.

If not, I don’t understand what the “plus” is in Flattr Plus. Flattr already provides a platform for consumers to fund publishers directly.

In any case, it will be interesting to see how the model evolves. In a blog posted Thursday, spokesman Ben Williams said the ad blocker has begun reaching out to “publishers worldwide about opening their sites to receive funds.”

He doesn’t explain exactly how those users will be funding those payments, but alluded to something called a “flattr,” which would send data to Flattr.com, "so that it can disburse money to worthy content creators.”

If this sounds vague and confusing, it’s because it is. Check it out for yourself. Heck, go read the company’s FAQ too. And tell me if you want to make sense of who’s funding what by whom, and on whose behalf?

Whoever’s doing the funding, Adblock Plus claims it is getting a positive response from the publishers it has pitched to date.

“Thus far, those conversations have been very fruitful, and we’re pleased to report that publishers have shown a great deal of enthusiasm to employ Flattr Plus when it rolls out,” Williams wrote in his post. 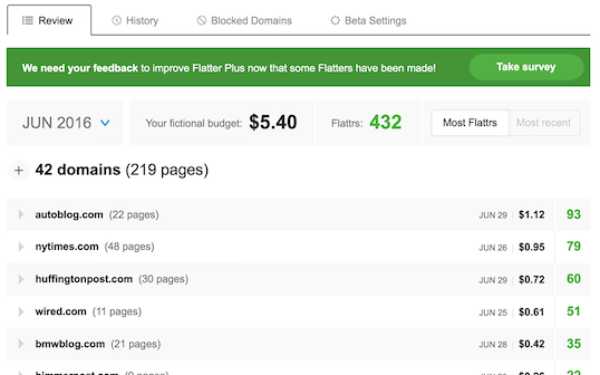