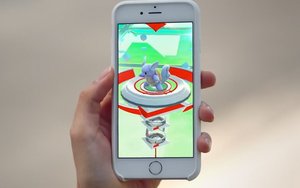 Concerns over access to data by Pokémon Go surfaced after players noticed the permissions granted to the game when signed in to Google accounts.

Niantic Labs, the former Google company behind the game, said it never intended to provide full access to user accounts.

"We recently discovered that the Pokémon GO account creation process on iOS erroneously requests full access permission for the user’s Google account," Niantic Labs said in a statement emailed to Media Daily News. "However, Pokémon GO only accesses basic Google profile information (specifically, your User ID and email address) and no other Google account information is or has been accessed or collected."

Once Niantic Labs became aware of the error, the company began working on a fix to request permission for only basic Google profile information, in line with the data actually accessed.

Google has verified that no other information has been received or accessed by Pokémon GO or Niantic.

Niantic Labs said it will soon reduce Pokémon GO’s permission to only the basic profile data that Pokémon GO needs, and users do not need to take any actions.

In August 2015, Google spun off Niantic Labs, which gained its fame through the mobile game Ingress.

Google is now an investor in Niantic, along with The Pokemon Company and Nintendo. They also produce Ingress. The group is planning a massive player event in Tokyo later this week, bringing more than 10,000 people together.