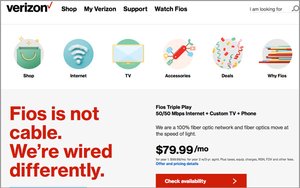 The blockbuster $4.8 billion sale of Yahoo’s core assets to Verizon Communications, announced on Monday, could generate deep shifts on the global advertising industry’s playing field. Verizon plans to merge the Yahoo assets with AOL, which the company bought in 2015.

AOL head Tim Armstrong will spearhead the integration of the two companies along with Verizon EVP Marni Walden, a process that is sure to be tedious and lengthy.

The newly bolstered telecom giant hopes to compete with Google and Facebook in an industry where “scale is imperative.”

Yahoo brings with it an audience of 1 billion active worldwide users -- including 600 million active mobile users, a host of influential consumer brand partnerships, a powerful programmatic advertising and data platform and a robust editorial team.

Rivaling Facebook and Google is no easy task. Effectively integrating the myriad businesses will be paramount.

The benefits from the deal to both Yahoo/AOL and to the advertising industry are many, Jay Friedman, Goodway Group's COO  explained to Real-Time Daily via email: “This is the best outcome marketers could have hoped for in the industry. This acquisition puts AOL on solid ground as the third platform CMOs must take a meeting with behind Google and Facebook.

"Balance of power is good. If AOL keeps an open ecosystem, they stand a very good chance of taking budget from Facebook and Google. Verizon/AOL/Yahoo now boasts a stack with as much reach and more O&O [owned and operated] inventory as Google and Facebook.”

Verizon will have to address the SMB (small- and medium-sized business) self-service abilities that the two incumbent ad giants offer, Friedman added. Tackling the self-serve offerings “is a must to sandwich the market with Fortune 100 plus the SMB market,” continued Friedman.

This could be good news for publishers, too.

“The industry will benefit as a whole from this deal,” Rich Sutton, CRO, Trusted Media Brands, told Real-Time Daily via email. “While Yahoo Finance and other Yahoo verticals are large in MUVs [monthly unique visitors], all are aggregators and curators of content -- not creators of content. Therefore, brands that are storytellers will win. With that said, brands and publishers that want to get their content distributed will now have the opportunity to, and it won’t just be about Facebook Instant Articles.”

Yahoo also promises to bring with it a likeability that is not usually associated with telecom companies.

“For all the wobbliness of Yahoo’s brand identity, the Yahoo brand still hold a lot of consumer affinity. Consumers LIKE the Yahoo brand,” explains Shar VanBoskirk, Forrester's vice president and principal analyst. “Depending on how Verizon plans to leverage that, it could be a nice boost in an industry like telecom where most subscribers disdain even the providers they are quite loyal to."