On Strong Sales, Under Armour In New Deal With Kohl's 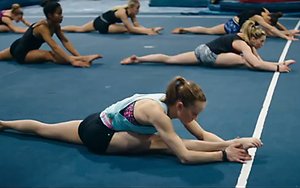 On the heels of strong quarterly sales, Under Armour is flexing its retail muscle in a new deal with Kohl’s, as well as a splashy new store in New York City.

The Baltimore-based sports apparel company says second quarter revenues climbed 28% to $1 billion, and that it is still on target to reach its $4.93 billion forecast for the full year. Pressured by costs related to the liquidation of Sports Authority, operating income sank 39% to $19 million, while net income declined 58% to $6 million, compared with $15 million in the same period last year.

Sales jumped across divisions and regions, with North American revenues up 22%, and international sales, which now account for about 15% of the company’s total, soaring 68%. Apparel increased 19% to $613 million, slightly less than the 20% observers expected. Footwear climbed 58% to $243 million, driven by the Curry signature basketball line, running shoes and cleats. And sales of accessories grew 21% to $101 million, especially in headwear and bags.

In discussing the results, CEO and founder Kevin Plank called attention to its growth plans. “Starting with our launch this fall of Under Armour Sportswear,” he says in its release, “which we are calling UAS, we will continue to find new opportunities to bring more consumers into the Under Armour Brand, whether that is through compelling flagship retail, new partners in wholesale, or on a digital platform.”

That includes a new deal with Kohl’s, the mid-tier retailer that has been struggling to find ways to increase its appeal to suburban shoppers. The chain, based in Menomonee Falls, Wisc., says the arrangement is part of its attempt to become “the active and wellness destination for families….this is a memorable and significant moment for Kohl’s, as we bring this incredible brand to our customers nationwide,” says Michelle Gass, the chain’s chief merchandising and customer officer. The partnership puts Under Armour in Kohl’s 1,100 stores.

The company also told investors that it plans to take over the fabled retail space once occupied by FAO Schwarz, on Fifth Avenue near Central Park. Plank told investors the goal is “to build the greatest single retail store in the world,” with an expected opening date in 2019.

Deutsche Bank analyst Dave Weiner, who continues to rate Under Armour as a buy, writes that the results, in line with expectations, show that its momentum is continuing. “All in, we believe Under Armour remains a top global growth story, with potential for a second half upside (particularly given seasonal weather).” He did note, however, that the plan implies that second half results will be more weighted to fourth-quarter results, “so it’s more of a ‘wait & see’ story than expected.”