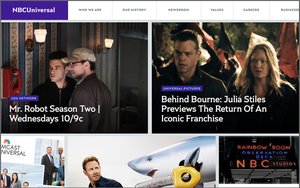 Higher rates -- offset by audience ratings declines -- pushed total advertising revenue up 2.9% for the period. Many TV network executives have said there has been sharply higher scatter pricing for many months with double-digit-percentage price gains.

Home entertainment revenue declined 25.1% from many releases in the second quarter of 2015, including “Fifty Shades of Grey.”

NBCU theme parks grew 47% to $1.1 billion, with higher spending at parks and the Hollywood’s park’s “The Wizarding World of Harry Potter.”