Mobile Wallets Are The Fourth-Strongest Channel For Millennials 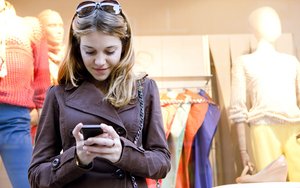 The company surveyed 1,000 US and 1,000 UK consumers on their mobile wallet habits, attitudes and expectations.

Of all the places that users can receive marketing messaging, mobile wallets (like Apple Pay, Android Pay, Samsung Pay, etc.) appear to be the most logical.

Companies don’t have to build a full app if they want to give out offers, consumers are already invested in the offers they’ve gotten and are receptive to updates on the status of their coupon.

Payments are only one half of what mobile wallets are capable of, says Corey Gault, Urban Airship’s director of communications, nonpayment capabilities include loyalty programs, push messaging, and digital coupons.

Most consumers (54%) have now used mobile wallets, with 30% of respondents claiming to have used them in the past week.

In addition to the survey, the company has also released a new product called Reach, which supports large-scale wallet engagement campaigns. Publishers like Politico Europe were able to put out an EU referendum tracker, in the form of a mobile wallet card, to monitor the Brexit vote.

"We were able to plan, develop and market the entire mobile wallet pass strategy and execution in a few weeks. In seven days leading up to and through the vote, we built a base of 10,000 engaged pass users,” stated Kate Day, Politico’s editorial director for growth.