Facebook Credits Mobile Ads With Driving Profits To $2B 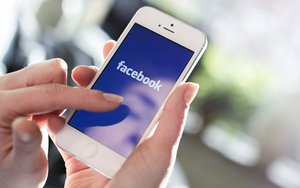 Putting its rivals to shame, Facebook on Wednesday said second-quarter profit nearly tripled to $2.06 billion, while sales were up 59% to $6.44 billion.

“We had another good quarter,” CEO Mark Zuckerberg told investors on a conference call. As has been the case in recent quarters, Facebook credited mobile ad sale with driving earnings.

More impressive, Facebook is managing to monetize its growing usership to effective degrees. This past quarter, it achieved $3.82 average revenue per user -- up from $3.32 last quarter.

The social net's ad infatuation remains a work in progress. This past quarter, it officially shelved its FBX ad exchange and LiveRail programmatic video ad exchange. In their place, the company building out the Facebook Audience Network, which expands beyond the boarders of Facebook’s network of sites.

Regardless of the changes, Facebook will eat up 67.9% of all social-media ad dollars, this year, eMarketer expects.

Not surprisingly, Zuckerberg has Facebook’s future clearly mapped out. “Over the next three years, we’re focusing on continuing to build out community and help people share more of what matters to them,” Zuckerberg said on Wednesday.

“The next five years are about building our newer products into full ecosystems with developers and businesses,” he said. “Over the next 10 years, we’re working to build new technologies to help everyone connect in new ways.”