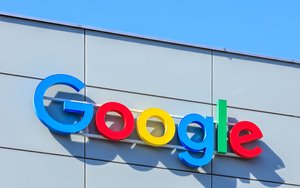 It hasn't been a particularly good week internationally for Google.

South Korea became the latest country Friday to say it will be taking a closer look at whether Google violated the country's anti-competitive laws.

Local media reports the Korea Fair Trade Commission is looking into Google's advertising policy after Korean advertising agents filed complaints in 2014 that the company had not paid them commissions for online advertising since 2012.

The statement came one day after Russian antirust officials fined Google $6.8 million Thursday, adding to a mounting list of global regulatory challenges the company has endured in the past few years. The ruling by the Federation Antimonopoly Service stated that rivals had trouble including their own digital maps or search services in the Android operating system. Yandex owns the majority search market share in Russia.

Despite Google's international woes, agencies don't expect disruptions for advertisers in the U.S.

In fact David Rodnitzky, CEO at 3Q Digital, a Harte Hanks company, views Google's recent international troubles as part of doing business outside of the U.S. He views it as part of a "handsomely" rewarded investment overseas. The same is true for advertisers who have made intelligent international investments.

"Google has a long history of running into international roadblocks, from anti-trust to right to be forgotten, to governmental favoritism of home-grown companies," Rodnitzky said. "This is just a fact of life for any company that wants to expand into new countries."

The media agency Politico noted in May that the U.S. Federal Trade Commission reignited a probe and began asking questions as to whether Google has abused its dominance in the online search industry.

The charges and probes have not been isolated to South Korea, Russia and the U.S. In several cases throughout the past few years, European Union officials have charged Google with favoring its own services, filing a set of antitrust charges in July, the third since early 2015.