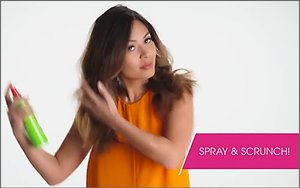 In what can only be called a no-brainer, Pinterest is expected to unveil a new mobile-only video-based ad product on Wednesday.

“Pinterest is the place where people go to discover things that inspire them and that they want to take action on,” Mike Bidgoli, Product Manager of Monetization at Pinterest, said on Tuesday. “That’s why Promoted Video on Pinterest is not just about offering views, but it’s also about inspiring action."

The new ads include Pinterest’s Cinematic Pin format, and play a few sound-free frames when users encounter them in their feeds. Before the video can play, users actually have to give them a tap. Pinterest is allowing brands to include up to 5 minutes of footage in the new opt-in ads.

The new product makes perfect sense, considering the popularity of video on top social media platforms. Pinterest, for one, has witnessed a 60% increase in videos on its platform over the past year.

For Pinterest, the launch is part of an aggressive effort to sell brands on its potential.

For example, it recently hired Gunnard Johnson to head measurement science and insights. Johnson most recently served as head of quantitative ads research at Snapchat, and prior to that, was the advertising research director for Google.

Bigger picture, Pinterest’s business prospects are looking brighter than ever. In fact, the image-based social network reportedly expects to rake in $3 billion in revenue in 2018.

If accurate, that would be dramatically higher than the roughly $100 million in revenue Pinterest reportedly took in last year.