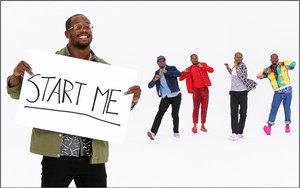 This is the third year of Madden Season. In 2014, the centerpiece of the campaign was a music video starring Kevin Hart and Dave Franco in a game of one-upmanship. Last year, the trailer for "Madden: The Movie” took game fandom, competition and shock-value to new heights when Dave Franco returned with a host of NFL superstars to take on a girlfriend-snatching villain.

“We knew this year that we had to change what we were saying to our Madden players to be more representative of how they are playing Madden — less about head-to-head rivalry and more about building, collecting, flexing football smarts and winning,” English tells Marketing Daily. “What we didn’t change was how we said it — keeping our tone fun, irreverent, surprising and continuing to insert Madden into pop culture in a way that makes sense for the brand.”

The launch of the video game Madden NFL 17 is officially Aug. 23, but the video/TV spot debuted Aug. 18. The spots will air online and across a variety of media outlets online and via broadcast.

The Madden NFL 17 campaign will last all year long. Rather than one big major splash at the beginning of the season, Heat’s pieces will land at key times during Madden Season: launch, Black Friday and the Super Bowl.

Commercials will highlight a new song during each season.

“Humor is only one of many tonal approaches we take to engage our audience,” English says. “The way we look at our content mix, is to ensure everything we release feels additive and break-through. That can range anywhere from guttural hype-up hip hop, to…well…Bieber. The goal is to have our audience feel something about Madden when they engage with our creative.”

“They share and talk about things that make them laugh,” Geddes tells Marketing Daily. “So each year that’s what we try to do – make people laugh and entertain all the Madden fans (and non-Madden fans) out there.”

Though Madden is a video game it’s also a sports brand. And the sports category is inundated with so much serious content, adds Mitch Gage, Heat associate creative director, copywriter.

“Every ad is about ‘do anything’ or ‘try harder’ or ‘be fearless,’” Gage says. “After a while it becomes a blur. Humor sticks out. Humor gets shared.”