Nissan Reveals Its Own Olympics Stats 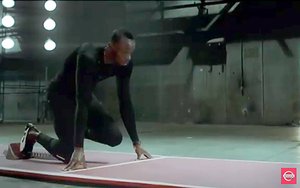 Nissan undertook its sponsorship of the Rio Olympic Games with the goal of increasing awareness of its brand in Brazil and Latin America.

Nissan Kicks, the official vehicle of Rio 2016, was launched in Brazil to coincide with the start of the Games, the first time Nissan has conducted the global launch of a car in Latin America before making it available in more than 80 countries around the world. Kicks was developed and designed to reflect the vibrant culture, style and colors of Brazil.

After the first two weeks of the games, the automaker experienced a full percentage-point increase in Nissan’s Brazil market share since the start of the Games to 3.5%. There were 2.4 billion impressions on Twitter for Nissan Olympic-specific hashtags, according to Sysomos, and Nissan ranked No. 1 in impressions in the automotive category across branded social platforms during the Olympics, according to Origami Logic.

Nissan’s #QuemSeAtreve (#WhoDares) has become the third best-performing brand hashtag, behind only two of Coca-Cola’s and ahead of all other global sponsors. #Nissan ranks No. 4 among all companies associated with the Games.

There have been nearly 9 million views of Nissan’s Bolt vs Flame campaign launched in the lead-up to the Games and featuring Jamaican sprinter Usain Bolt.

Boltis featured in a digital campaign in which he races against a new and unexpected challenger — fire. A pair of mini-documentaries feature Bolt competing against fire, his toughest competitor. Bolt also drives his Nissan GT-R painted in “Bolt Gold,” which was exclusively customized for him. Nissan created a fan-led “Happy Bolt Day” social media activation to celebrate the Olympic champion’s 30th birthday.

To date, Team Nissan athletes have been awarded 23 medals at the Rio 2016 Games, with the countries Nissan sponsors winning 82 medals. Nissan supports the Brazilian, British, Mexican, Colombian and Greek Olympic Teams, as well as 51 sponsored athletes, including Bolt and athletes from Brazil and Great Britain.

As the official automotive partner of Rio 2016, Nissan’s cornerstone activation was the provision of 4,200 vehicles to serve as the official Olympics fleet, both in the lead-up to the Games for the Olympic Torch Relay across Brazil and throughout the Olympic and Paralympic Games.

After the first two weeks of the games, there were more than 2,000 registrations and down payments for Nissan Kicks, launched in Brazil at the start of the Torch Relay, through an online registration system never before used in Brazil.

“Our achievement in raising awareness for Nissan in Brazil and driving sales of Kicks validates our decision to sponsor the Rio Games, and will provide a lasting effect on the marketplace,” said François Dossa, president of Nissan Brazil, in a release. “We are thrilled with the impact our sponsorship has had throughout Latin America and around the globe. This has been a big win for Nissan and we are excited to continue to build on this momentum in the region.”