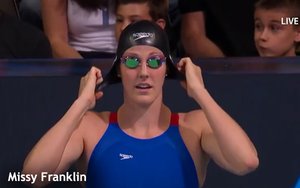 Katz Media Group's many major TV stations witnessed even higher spikes in viewing on specific days when those athletes competed.

Stacey Schulman, EVP of strategy, analytics and research for Katz, said the research tracked every athlete, mapped back to their home markets,  then compared the audience delivery on nights they competed against prior pre-Olympic weeks in July.