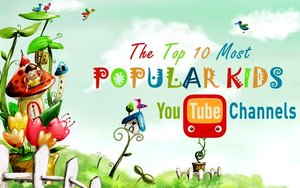 Kids may like their snack foods, fast foods and television, but what they really love is YouTube.

In a survey of more than 8,000 kids and their parents conducted by market research company SmartyPants, the online content channel topped the list of favorite brands, beating out such venerable brands as McDonald’s, Oreos, Disney and Toys R Us.

YouTube moved up six spaces from its #7 placing in 2015, driven largely by tween (9- to-12-year-old) interest and boys in particular. It is the first time that a content provider has topped the list.

While other content providers such as Disney Channel, Netflix and Nickelodeon all made the top 20 (numbers 9, 11 and 23, respectively), YouTube’s endless supply of short-form video across a wide range of topics and interests is what boosted it to the top, Fischer says.

“Frankly, there are no other competitors,” Blair Fischer, a representative for SmartyPants, tells Marketing Daily. “This is just what makes sense. With YouTube, there is no substitute.”

In addition, parents themselves are becoming more comfortable with YouTube, viewing it less as a “Wild West” and more of a place for free-form entertainment. (Indeed, more than 94% of moms and dads say they love or like the brand, pushing it to a ranking of #13, up 11 spots from 2015.)

“There’s a sense that parents are getting more on board the YouTube train. They are allowing their kids to use it more and give them more freedom,” Fischer says. “More and more kids have mobile devices, and if [they’re] going to have them, [parents] have to give them the freedom to use it.”

According to the survey, the top 25 kid brands are: