Auto Sales Dip Except For Chrysler 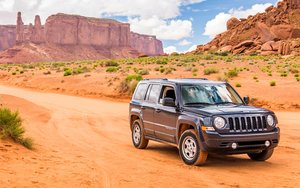 Automakers are experiencing nearly across-the-board sales declines at a time of the year when sales usually are robust as dealers clear out model-year inventories.

The summer is not delivering explosive sales like last year, but the industry is still on pace to set an annual sales record, said Jessica Caldwell, Edmunds.com executive director of industry analysis.

"Automakers have done a good job this year of staying disciplined and managing their inventories,” she says. “With volumes at record highs, they can focus even more attention on battles for market share."

“Nearly every large automaker suffered sales declines, even as incentive levels rose and truck/SUV sales remained relatively strong,” Brauer says. “While an end to the growth curve was inevitable, having it peak above 17 million units leaves little room for complaining among automotive CEOs. Now the automakers' focus will shift from simple growth to market share and managing inventories. The use of incentives and fleet sales as a counter to plateauing retail sales will be the statistics to watch going forward.”

Only Fiat Chrysler showed an increase, a modest 3%, and that was partly due to heavy sales to a commercial, government or daily rental fleet. Retail sales represented 76% of total sales, while fleet sales were 24%.

“FCA had a strong August, and as usual, Jeep led the way,” says Akshay Anand, analyst for Kelley Blue Book. “Dodge and Ram also displayed positive results, with healthy gains in Journey and Charger leading the way for Dodge. On the flip side, the Chrysler brand continues to struggle as consumers continue to shy away from sedans.”

Jeep posted a 12% sales increase in August vs. year-ago. Five Jeep brand models  were up in August, led by 41% increase in Jeep Cherokee sales. Dodge was up 5% and six Dodge brand vehicles logged year-over-year sales gains in August. Ram Truck brand was up 2%.

The elections might keep automakers from advertising as heavily on TV, says Michael Harley, analyst for Kelley Blue Book.

“Campaign spending on local TV channels pushes many automotive retailers - heavyweight purchasers of discounted local TV spots - off the air as the political race intensifies and fewer commercials means less showroom traffic,” Harley says. “Worried consumers may also take a wait-and-see approach to buying a new car if the contest for the White House appears to be threatening the economy.”

Not all analysts were pessimistic about the dip.

“Sales in August were soft, as Cox Automotive predicted, but we are still in the midst of one of the highest sales years on record,” says Rebecca Lindland, senior analyst for Kelley Blue Book. “Improving consumer confidence paired with jobs growth should mitigate some of the softening in sales through the rest of 2016. There will be great deals to be had as manufacturers sell off remaining model-year vehicles, so it’s very much a buyer’s market out there.”