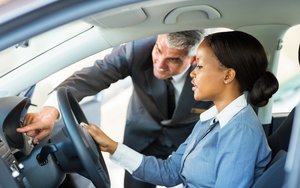 Spending by African-Americans on dining out, home improvement, automobiles, and financial services is on the uptick, according to Packaged Facts.

The well-documented rapid growth of Hispanic, Asian, and other multicultural segments of the U.S. population has at times overshadowed the noticeable economic growth and influence of African-Americans. Within the past five years, the buying power of African-Americans topped $1 trillion, according to African-Americans: Demographic and Consumer Spending Trends, 10th Edition.

African-American consumers played a major role in the rush to auto dealers’ showrooms that occurred between 2012 and 2015, when spending grew by $126 billion, or 36%.

For the U.S. economy overall, the trickle-down effect of this swelling prosperity has seen consumer expenditures by the average African-American household grow faster than consumer spending by other households (26% vs. 23%).

Dining out is one area where African-Americans are spending more of their money. Packaged Facts estimates that the amount that black households spent in 2015 on food away from home was 14% higher than in 2012, while expenditures on food at home increased only 5%. Similarly, purchases on apparel, personal care products (especially fragrances), home furnishings, appliances (both major and minor), and home improvement/remodeling also boomed.

Higher-income African-Americans outspend the total population on “future-oriented” expenditures such as life, endowment, annuity, and other personal insurance, as well as contributions to pensions and Social Security. Packaged Facts also found that higher-income black consumers present a major opportunity for financial firms. Over the past decade, the percentage of higher-income African-American households holding nay form of financial investment has trended upward from 36% to 44%.

“It is interesting to note that the targeted marketing efforts of financial services companies often have an aspirational theme,” Brown says. “They include actions like supporting programs and organizations that highlight the achievements of successful African-Americans in many walks of life, contributing to scholarship funds and advising black professionals on how to generate and manage wealth.”