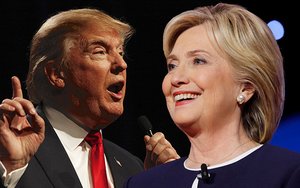 Local TV stations will see 15% fewer political advertising dollars in 2016 than expected -- with other TV media also getting lower revenues.

Revising earlier estimates, Kantar Media/CMAG says TV stations will get $2.8 billion for political advertising -- down $500 million from its $3.3 billion estimate made in July 2015.

In addition, Kantar lowered estimates for local cable/satellite advertising as well -- down 6% to $750 million from $800 million. Broadcasting/cable networks will take a bigger hit -- down nearly 70% to $100 million from an earlier $300 million estimate.

Still, Kantar says total revenue for TV stations will be up versus the last big political advertising season -- the presidential election in 2012, when stations pulled in $2.7 billion.