Beep Beep: Don't Get Screwed, Pay By The Mile 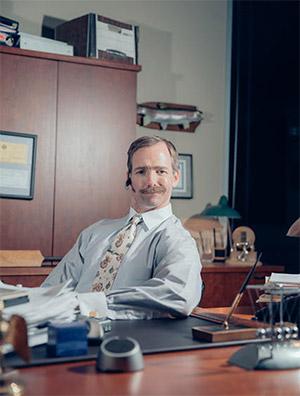 Metromile is using humor to raise awareness for the pay-per-mile insurance provider with the “We’re Not Trying To (Beep!) You" advertising campaign.

"This is not our first ad campaign, however, it is our first video campaign using a storytelling format," says Raquel Rozas, head of brand, Metromile. "For this series, we took a different approach and used the opportunity to bring attention to the unfairness that exists in the car insurance industry. Sixty-five percent of drivers are overpaying for insurance because they are paying for miles they don’t drive."

Developed with agency The Annex, the concept uses over-the-top depictions, including a car insurance "hotline" representative, a greedy car insurance agent, and a mail guy in a basement, to remind drivers that they’re paying too much even if they don’t drive very much.

The online campaign appears on Facebook, YouTube and other publishers that are accessed through a DSP partnership. "We're driving awareness through paid support but given that we're using over the top humor to educate consumers on how out-dated the traditional car insurance industry is, we hope that people will share with friends," says Rozas.

The campaign is focusing its media buy on the seven states where Metromile’s pay-per-mile insurance is currently available: Calif., Ill., N.J., Ore., Pa., Va., and Wash. "We're still a small company so we don't have the advertising and production budgets that the industry giants have."

Metromile partnered with The Annex, an advertising agency specializing on the millennial market, to reach the "urban millennial mindset" and to create a campaign that educates these drivers that pay-per-mile is the right fit for their lifestyle. "We challenged The Annex to work with limited dollars and still give us high production value pieces of work which we think they did a fantastic job delivering," says Rozas. "