Xbox One Gains An Email Application 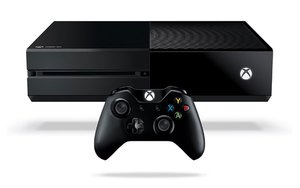 Xbox gamers now have a way to access their email inboxes from within their favorite gaming console, if they are willing to pay the price.

With a price tag of $10, MailOnX contains most of the email features that consumers have come to expect from their email providers. Users can receive and send emails from multiple email accounts and providers, including Microsoft’s mail suite, Yahoo, Gmail and iCloud, as well as establish a personalized email signature or filtering mail by email address or domain.

Built on Windows 10, MailOnX is thus far exclusively available on Xbox. Microsoft has not revealed how many Xbox One units have been sold, but the company revealed in January that Xbox live, the company’s online gaming service, had more than 48 million active users.

One major deterrent, however, is the fact that MailOnX does not have any in-game pop-up windows, so gamers have no ability to actually know whether they have received email unless they exit their game and check the application. For now, checking email by smartphone may be a better solution to staying up-to-date on the contents of your inbox while playing "Gears of War 4" or "Forza Horizon 3."