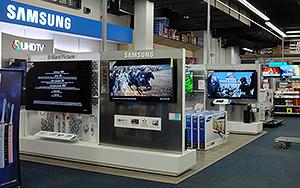 Any consumers who go shopping specifically for a smart, connected home device this holiday season are going to face a bewildering assortment.

The number of products ranging from smart appliances and home control systems to smart security systems and streaming media devices is now in the thousands at Best Buy alone, according to a new study.

The study on consumer attitudes toward smart appliances is based on a nationally representative sample of 1,000 consumers each in the U.S., U.K., France and Germany, conducted by Futuresource Consulting.

Researchers counted more than 3,000 connected home devices being sold at Best Buy. The tally provides a general idea of the largest and smallest categories. Here’s how many smart products are offered by the store:

Almost a quarter (22%) of homes already use some type of smart home service, with security systems leading the way, according to the study.

While pricing may hinder a purchase, saving money does not seem to be a driving force among benefits seen.

Half (50%) of consumers say the main benefit of smart services is making them feel more secure and a third (33%) say to help them identify problems in advance. The lowest benefit (14%) is in reducing energy costs.

The overall penetration of smart refrigeration and washing machines is in the early stages in the U.S., with 15% of consumers owning one of those smart appliances, with 5% of them being connected.

While only a small percentage consumers own a smart washer or refrigerator, almost half (49%) said their next one is likely to be one.

It’s only a matter of time for the others.