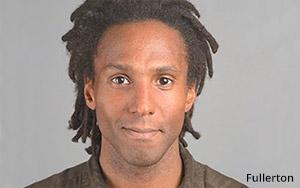 These positions round out the agency’s executive team, built out over the last 18 months by Founder/CEO Michael Lebowitz and president Rob Thorsen.

“Technology has always been a foundational part of our business,” said Lebowitz. “Bringing in Arthur pushes forward the continuum of innovation and development practices we offer our clients in a big way. At the same time, we’ve been lucky enough to diversify our opportunities, current clients and partnerships significantly over the last year. Mary Lou will be working with us to tell our story and fine-tune our discipline in strategizing with potential partners.”

Fullerton brings over 15 years of experience developing applications and leading technology and interactive production teams to Big Spaceship, most recently serving as Head of Technology, Americas at Lowe Profero.  Earlier he held senior positions at Critical Mass, Blast Radius, Crispin Porter + Bogusky and his own start up, RumbleFox. He’s worked with top brands including Mercedes Benz, Harley Davidson, Citibank, Hyatt Hotels, Rolex and Mattel, among others.

Bunn previously held senior positions at Huge, where she helped build the new business team as the agency grew globally, and Lloyd&Co, where she served as Head of Business Strategy and worked with clients such as PepsiCo, Estée Lauder, and adidas.

These appointments, effective immediately, cap a round of senior-level hires to newly created positions at the agency. Those hires include Heather Harrigan, who joined from Huge as VP of User Experience, Steve Street, most recently of The VIA Agency who was named Group Director of Copy, Tom Hyde, who came from Droga5 and joins as Director of Content, and Genevieve Robles, most recently at The Barbarian Group, who fills the role of Director of Talent and Culture.