Fear Of Hacking Stops 50% Of Consumers From Purchasing IoT Devices 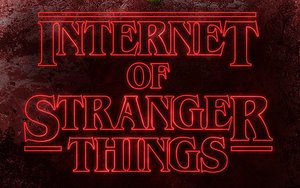 Consumers are concerned about the security in IoT devices and that concern has impacted their connected device purchase decisions.

Overall awareness of potential security vulnerability in the Internet of Things also appears to be heightened.

The study was conducted by the security company ESET in collaboration with the National Cyber Security Alliance (NCSA) and comprises a survey of 1,500 U.S. adults.

"The Internet of Things presents tremendous opportunities for managing our health, homes and businesses, but we need to have our eyes wide open about the risks as well," Michael Kaiser, executive director of NCSA, said in the report.

"IoT technology is driven by personal information, so it's important to be proactive about understanding what information your devices collect about you, how that information is used, where it's being stored and what kind of control you have over it.”

In the ESET study, more than a third (40%) of consumers said they are not confident that IoT devices are secure or protect personal information.

When it comes to the target of potential hacking, consumers seem to be more concerned about their personal data than privacy.

The majority (82%) said they are more concerned about the security of their personal data than they are about their webcam being hacked.

At home, connected vehicles and smart toys are the top areas of concern.

More than three quarters (76%) said they are concerned about the security and privacy of connected toys.

Almost the same (77%) said they are aware of the idea that some cars could potentially be hacked and almost half (45%) said they are concerned that their vehicle could be compromised.

“It's especially important to pay attention to the security of your mobile device if you are using it to control IoT devices, as well as your router, if you're connecting devices to it," Kaiser said.

Nearly a quarter (24%) of consumers said they control a smart home device with their smartphone.

Nearly three quarters (72%) of consumers said they are more concerned about hackers accessing their computer or smartphone than they are about rats living in their house.