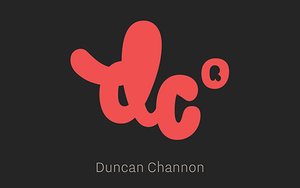 Anne Elisco-Lemme now leads all creative work as executive creative director (a role she previously shared with Channon). Her husband Michael Lemme, the 26-year-old agency's Chief Creative Officer, led the rebranding effort. Commenting on it, he stated, "Our new mark is custom made – intentionally quirky and distinctive. In the context of increasingly careful and measured marketing, we wanted our identity to be a symbol for the vital, incalculable, unpredictable role of creativity and personal expression in every aspect of our work.”

The agency, which generated $13 million in revenue last year, has also elevated Jamie Katz as the office’s director of account management and Rachel Hermansader as its first director of marketing and business development. Katz will take over chief responsibility for account management from CEO Andy Berkenfield.

Both Katz and Hermansader were group account directors prior to their promotions.

Duncan will continue to be involved in the agency’s creative work. “Our new look and leadership double down on the belief that human creativity, in all its magnificent messiness, is more essential than ever in an increasingly algorithmic world," he said. "This talented team is poised to accelerate the agency’s growth and I remain ready to keep the fires burning under our work and inimitable culture.”

In addition to a new logo the agency has updated its name slightly, removing the slash between Duncan and Channon. And for those who might take pleasure in mocking the new look and logo, the agency has beat them to it with its self-depreciating “NSFW Trolling Guide For the Busy Would-Be Hater.”

The changes follow recent accolades for the agency including being named a 2016 Ad Age Small Agency of the Year. Recent wins include Ebates and Helix. Other clients include  Kona Brewing, Redhook, StubHub, DriveTime, California Tobacco Control Program.