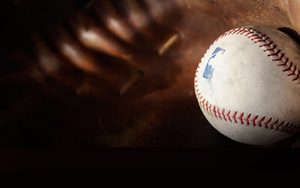 With the World Series championship hanging in the balance, there’s one consumer who likely will remember this game for a very long time, no matter who wins.

Starwood Preferred Guest member Daniel Eleff redeemed 1,060,500 Starpoints to throw out the first pitch at Game 7 of the World Series. The redemption amount is equivalent to over a month of free nights in a superior room at the St. Regis New York.

Eleff, founder of the deal blog DansDeals.com, will take the mound at Progressive Field in Cleveland to kick off the final matchup of the 2016 World Series between the Cleveland Indians and Chicago Cubs.

The loyalty program, now a part of Marriott International, Inc., said it is the highest-ever bid on its SPG Moments platform.

Eleff describes himself as “a 5th generation Clevelander on both my mother’s and father’s side. I’m a die-hard Cleveland sports fan.” In 2013, thanks to United Airlines miles, he got to steal second base during an Indians game.

Earlier this year Eleff got to play softball in Wrigley Field, thanks to Starwood Starpoints. “Some people didn’t like that I put on my Indians hat at a Cubs event,” he says. “I told them all and wrote online at the time that I was just previewing the 2016 World Series. Before the series began, he predicted Indians in seven games. There are a lot of Cleveland Indians fans who hope he is right.

The record-breaking point redemption reflects the historic nature of this World Series, and as the official hotel and resort loyalty partner for Major League Baseball, SPG was able to offer the once-in-a-lifetime experience.