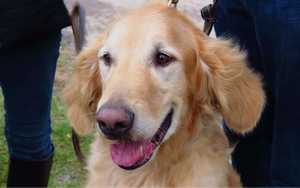 There’s one thing that supporters of all presidential candidates can agree on: Just about everyone loves dogs.

Since the country is so divided in this heated election run-up, Mars Petcare’s Pedigree brand dog food thought it would be an appropriate time to remind people what brings out the good in all of us.

Pedigree conducted a social video experiment at two political rallies and found even the most fervent supporter was willing to give fans of the other party the benefit of the doubt if they were accompanied by a sweet stray dog.

The spot was written Oct. 24 and shot at a rally on Oct. 27, says Greg Hahn, chief creative officer, BBDO NY.

“We wanted to put something out there that offered a different message — that deep down we are more alike than different,” Hahn tells Marketing Daily. “This is very true to Pedigree's core belief that dogs bring out the good in us.”

“We’re promoting these posts with media buys to share our message as broadly as possible,” Neely says.

This is the only politically oriented marketing that Pedigree is engaging in, he says.

“Our intent isn’t to be political,” Neely tells Marketing Daily. “We only hope that we can play a small role in reminding people that we have more in common than we might expect. We just think it’s incredible to see how dogs can bring us together in even the most unlikely situations.”