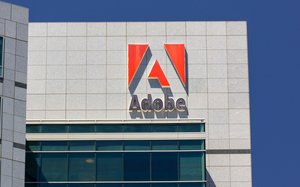 Adobe on Thursday said it would acquire TubeMogul, Inc. in a deal valued at nearly $540 million, net of debt and cash. The news comes just one day after TubeMogul, a video advertising platform, announced its Q3 earnings.

Adobe is seeking to sweeten the deal for shareholders, offering $14 per share, a price that TubeMogul’s stock hasn’t seen since April this year.

In terms of how Adobe will use TubeMogul--the company said that the acquisition will help it transform Adobe Marketing Cloud into the “first end-to-end independent advertising and data management solution that spans TV and digital formats,” according to a statement. The deal also gives Adobe a demand-side platform capability.

Adobe will pay $14 per TubeMogul share and expects to close the deal in the first quarter of 2017. "Whether it's episodic TV, indie films or Hollywood blockbusters, video consumption is exploding across every device and brands are following those eyeballs," stated Brad Rencher, executive vice president and general manager, digital marketing, at Adobe.

Commenting on the acquisition of TubeMogul by Adobe, Michael Collins, CEO of Adelphic told Real-Time Daily that it's "further evidence of the enormous growth video advertising has experienced, as well as the shift to a cross-channel, audience-based buying. The combination of these companies will provide a media-neutral, data-rich alternative to Google and Facebook for brands looking to execute their ad buys with transparency and the power of programmatic."