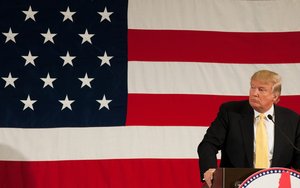 In the most recent October-month period before the election, Trump was at $559.5 million in media value to Clinton’s $502.2 million. This value derived from broadcast and online news stories, social media, blogs, Twitter, newspapers, and other media platforms, according to mediaQuant, an earned media measurement company.

Trump was also at $93.9 million in media value from broadcast TV in October to Clinton’s $84.6 million.

Both candidates were well above respective candidates four years ago -- Barack Obama getting $1.15 billion and Mitt Romney, $700 million for the 2012 presidential election.