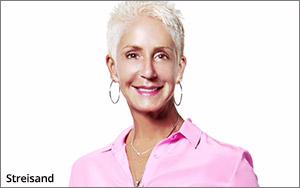 Seventeen media, marketing, and communications agencies are partnering to form Titanium Worldwide, the first collective of certified-diverse companies operating as a single agency.

That mission is underscored with their memberships in organizations such as the National Minority Supplier Development Council, the Women Business Enterprise National Council and the National Gay & Lesbian Chamber of Commerce.

They were also invited, based on complementary services, to avoid adding members that might be competitive with another agency in the space.

"Following that was a rigorous vetting process, which included meeting requirements for years in business, minimum revenue, cultural alignment, a desire to collaborate on how to deliver excellent results —and of course, chemistry," says founder Robyn Streisand. "We had to meld, really feel comfortable with each other to make this business approach a true solution."

The goal is to communicate that minority-owned businesses can do it just as well or better than mainstream agencies.

Top corporations across the Fortune 500 have publicly stated a goal to spend $1 billion annually with diverse suppliers, but there has long remained the perception that minority-owned businesses lacked the scale and resources to take on demanding projects.

Streisand, CEO of The Mixx, a branding and marketing strategy firm that is part of Titanium, saw first-hand how certified-diverse businesses were passed over for larger-scaled contracts.

“I knew I needed scale to compete, so I set out five years ago to find the right partners that could make the vision a reality,” she says. “I wanted every firm to offer best-in-class credentials to make this model a success. And it took me five years to put the players in place.”

Streisand will serve as CEO for Titanium Worldwide, which will be headquartered in New York City. The network collectively reports revenue of $200 million. Clients include Disney, Mercedes-Benz, Deloitte, EY, Cadillac, Toyota Financial Services and Teva Pharma.

An executive team, comprised of member agency principals, will assess opportunities as they come to the network. "This group identifies a member to take on a leadership role in the business and assigns up to six other agencies to join the team, depending on specific needs," says Streisand.

Members are also encouraged to partner with other fellow members on business outside of Titanium projects.

"Not only does it increase the diverse spend for a client, but the agencies partnering on the work are developing a rare thing in the agency world: the ability for agencies to work side-by-side without bickering over roles," she says. "And because the Titanium model mandates that members provide reduced rates to fellow companies, they collectively can provide a very nice value-add for their clients."