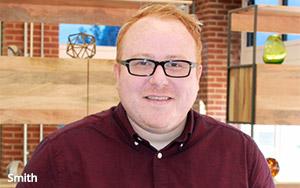 Smith will be tasked with managing the digital marketing agency's social-media team, building upon its existing capabilities and developing campaigns for clients.

He will be based in Baltimore and report to global head of earned media Nick Fettiplace, who is responsible for growing the global agency's team in the U.S.

Smith joins Jellyfish from AB&A Advertising in Miami, where he was a digital media director creating campaigns for clients in a variety of industries, such as health and medical, automotive and entertainment.

Earlier, Smith was a social-media strategist for a social-media agency working with high visibility clients, as well as a Web strategy and social media manager for Wiredset.

Founded in 1999, Jellyfish has offices across the U.S., U.K., Spain and South Africa, and more than 300 employees worldwide.