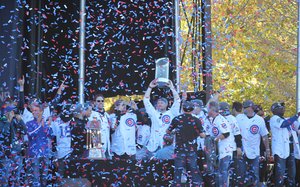 National TV advertising sales witnessed a strong October -- nearly 10% higher versus the same month the year before, with sports and political programming a major factor.

The broadcast networks' spend grew 6.3%, while cable climbed 12.9% -- a total TV advertising improvement of 9.8%, according to Standard Media Index.

Fox was a big gainer -- up 32% -- largely due to a full and dramatic seven-game World Series between the Chicago Cubs and Cleveland Indians. Cable networks were fueled by big advertising gains driven by strong interest in the political election season, with CNN 60% higher and Fox News Channel 35% higher.

Looking at other broadcast TV networks, CBS was down 7%, while NBC was up 17%; and ABC lost 12%. Mini-broadcast network Ion Television had a 32.3% spike in advertising growth.

Although NFL viewership has taken a big double-digit percentage decline across all TV networks in the first half of the season, the NFL’s individual commercial pricing remains strong: The average 30-second spot across all NBC, CBS, Fox and ESPN games was up 4% to $455,310.

Overall, sports remains a major factor among TV networks, with advertising spending 16% higher NFL and college football -- with a 14% gain for the NFL. That said, there was more prime-time games in this October period for the NFL: Five “Monday Night Football” and five “Sunday Night Football” games; October 2015 only saw 4 of each.