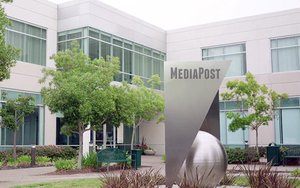 Lenovo and its agency Traction are using personalization to serve customized rap videos to 600,000 IT professionals.

The video's customization serves as the unique selling point. Throughout the video, personalized details such as the viewers name and company are inserted in the video to increase engagement.

"We work with a technology partner called Vidyard to stitch the names into the graphics," says Adam Kleinberg, president/founder, Traction. "I believe this is the largest output of individual videos Viyard has ever done on their platform. We create place-markers in the video during post-production and then use Vidyard's personalization platform to create the individual videos."

The contacts are all from Lenovo's database. "These are all IT folks who have either done business with Lenovo in the past, or engaged with Lenovo marketing in the past," he says. "Some of them are people who haven't responded to any marketing for a while, so we're using this as a way to reopen a conversation between them and Lenovo."

In addition to the video, the integrated campaign includes 15-second cut-downs for pre-roll, programmatic ad buys to drive people into the experience and social media support, such as the @LenovoB2B Twitter page. "They've even got coffee mugs that say 'I fixed it' on the side and 'you're welcome' on the bottom," says Kleinberg.

This campaign is an extension of the "Users Happen" initiative which showed the funny side to what happens when ordinary people misuse their laptops, which helped Lenovo’s engagement metrics increase by nearly 400% over previous benchmarks. “Video was a big part of that success, so we were committed to video this time around,” says Kleinberg.