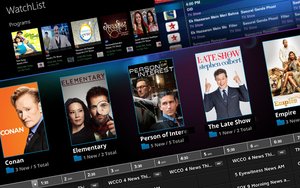 In a deal reportedly valued at $560 million, Nielsen said it is acquiring Gracenote from Tribune Media Co. and will utilize its data and technology to provide customers with “deeper analytics on consumer behavior and offer an unprecedented view of audience engagement from discovery to consumption.”

Gracenote, which Tribune acquired from Sony in 2008 for $260 million, began life as a startup that developed a means of providing users with so-called metadata -- information about songs, artists, etc. -- on CD musical recordings.

It was subsequently merged with Tribune Media Services, a division of Tribune that provided TV listings data to print newspapers and electronic media publishers. The division was consolidated under the Gracenote brand and positioned as a company providing metadata across media types.

Among the applications that Nielsen noted in its acquisition announcement is the ability to help customers leverage the metadata to optimize marketing campaigns in “an addressable world,” presumably aligning and “optimizing” TV ad campaigns with entertainment and programming content that consumers are experiencing in “real-time.”

Nielsen also alluded that the metadata will play an important role in so-called cross-channel promotion, asserting that it “will also allow media companies to optimize their content for specific audiences.”

The Gracenote deal could also be seen as a final end note transitioning the use of programming metadata from an era when content listings were primarily a consumer-facing publishing experience -- ie, TV Guide magazine, newspaper TV listings, Gemstar, etc. -- to a world where the data operates behind the scenes to help consumers seamlessly find, discover and annotate content that is being tracked or promoted by programmers, advertisers, agencies and others.
media measurement, nielsen, tv
Next story loading