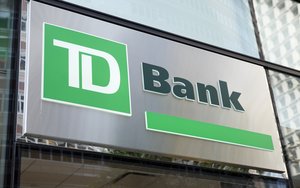 TD Bank has appointed Havas Media U.S. as its media agency of record after a review, the companies confirmed Tuesday. The financial services firm spends an estimated $70 million annually on ads according to Kantar Media.

The incumbent was Tierney, part of Interpublic.

The scope of work includes responsibility for all of TD Bank’s media across video, print, digital, mobile and social marketing as well as analytics duties.

Havas said that the win was an “affirmation” of Havas’ Village model, under which the group has been physically integrating its agencies in key markets within a single facility or campus. TD Bank also uses sibling Havas Worldwide for creative duties.

The media appointment is the latest in a string of new business wins for the agency. Colin Kinsella, who joined Havas Media as North America CEO in May stated, “As the ‘human bank’ TD’s model of convenience and service is revolutionizing the retail banking sector and we’re excited to help them further disrupt the industry.”

TD Bank is one of the ten largest banks in the U.S., with more than 8 million customers and 1,200 locations primarily along the East Coast.