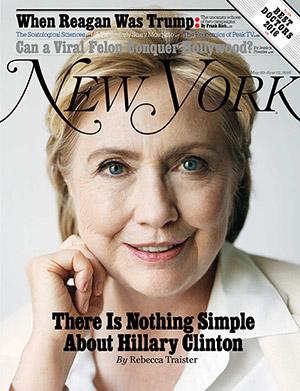 Digital newsstand app Texture has curated a list of the most-covered people in 2016 on magazines published this year.

It comes as no surprise that President-elect Donald Trump took the No. 1 slot, given his unusual presidential campaign and shocking win. Time named Trump its "Person of the Year" and in November, Publishers Daily reported on newspapers and digital publications covering Trump’s election win.

"Magazines are fantastic barometers of curiosity and obsession. This year, no one will be shocked that President-elect Donald Trump was the magazine cover king, but it's hard to recall when a potential first daughter or first son-in-law received the coverage that Ivanka Trump, and her husband, Jared Kushner, have received," stated Maggie Murphy, editorial director of Texture.

Magazines have benefited by featuring the personalities who on Texture’s list. In April, PD reported on the “Trump bump,” based on research from GfK MRI, which showed that when Donald Trump appeared on a magazine's cover, more readers read the issue.

When Harper’s Bazaar featured Jenner on its June cover, it sold 116,128 copies at the newsstand, according to the Alliance for Audited Media, higher than the magazine’s average sales of 110,745 in the second half of 2015. Kendall’s Vogue cover racked up 157,000 likes on the magazine’s Instagram account.

Other personalities who captured the attention of magazine readers: the Obamas, as they bid farewell to the U.S., and late-night hosts like Jimmy Kimmel and Trevor Noah.

”Star-trepreneurs” like Jessica Alba and her company The Honest were also popular on magazine covers this year.

Texture is a service in which users pay one price monthly to get unlimited access to content from over 200 magazines.