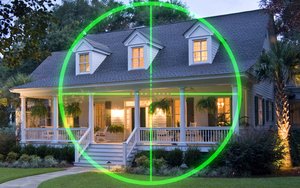 The 2017 predictions for the Internet of Things keep coming, with one of the latest dealing with what’s in store for security.

In the not-so-good-news department, the new report, from cybersecurity company Trend Micro, sees 2017 coming with an increased breadth and depth of attacks.

In the Internet attack earlier this year, which caused millions of consumers to be locked out of many Web sites, connected devices like smart doorbells and webcams were compromised.

This column was previously published in Connected Thinking on December 22, 2016.