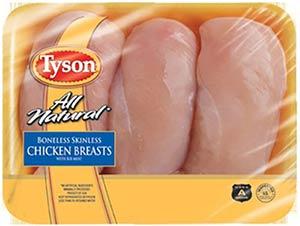 The move was a blow to incumbent BPN, part of Interpublic’s Mediabrands, which had handled the account, said to be the agency’s largest, for three years.

Adweek reports that as a result of the move, BPN is being folded into sibling agency Initiative. There was no comment from Mediabrands at press time.

A rep for Tyson stated:“Our decision to appoint Mindshare was based, in part, on our intent to centralize agency resources through WPP, where we currently have relationships with both creative and digital agencies.”  Y&R and Ogilvy both handle assignments for the client.

The Tyson rep added that while the food processor believes BPN “made significant contributions to our growth,” after a reassessment. the firm now feels that “Mindshare is the right media partner to support our ambitious growth.”