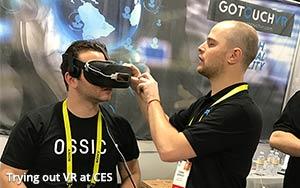 After spending several days with the consumer electronics industry at CES in Last Vegas, it was quite obvious that the market now sees the Internet of Things as a very big deal.

To help numerically add icing to that electronic cake, IDC just came out with an updated IoT forecast and it matches the scope seen at CES.

For the last year, worldwide IoT spending is now pegged at $737 billion as organizations invested in hardware, software, services and connectivity.

Consumer IoT purchases will become one of the largest segments by 2020, with the fastest industry growth in insurance, consumer, healthcare and retail, according to the IDC report.

Smart home investments by consumers will more than double over the next three years, reaching more than $63 billion by 2020,

From a technology perspective, hardware will remain the largest spending category through the next three years, approaching $400 billion by 2020.

These are going to be numbers too big to ignore.