More Than Half Of U.S. Adults Live In 'Cell Phone-Only' Households 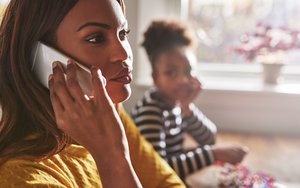 More than half (52%) of U.S. adults live in households with cell phones, but no landline phones, according to new research from the GfK MRI Survey of the American Consumer.

The figure represents a doubling of the percentage of cell phone-only households in 2010, when it was 26%.

The proportion of senior citizens (ages 65+) in cellphone-only households quadrupled over the past six years to 23%, while the figure for Millennials (born from 1977 to 1994) climbed to 71% from 47%.

The findings come from GfK MRI's Fall 2016 Survey data release, which is based on interviews with approximately 24,000 U.S. adults ages 18 and above.

Among ethnic and racial groups, adults of Hispanic or Latino origin or descent have the highest incidence of living free of landline telephones, with 67% reporting cell phone-only status.

The Northeast has the smallest concentration of cell phone-only households, at 39%. In other regions, levels of no-landline homes range from 53% (Midwest) to 57% (South).

“The Northeast’s lower incidence of cell-only households is likely related to its high levels of bundled television, Internet, landline and cellphone services,” stated Risa Becker, SVP of Research Operations at GfK MRI. “In other regions, we see a stronger trend toward cutting the telephone cord.”

GfK MRI data show that 57% of homes in the Northeast have bundled data and TV services (a combination of two or more of TV, Internet, and telephone service), vs. 49% in the South and even less elsewhere.

GfK MRI’s unmatched consumer database is derived from continuous interviews with approximately 24,000 U.S. adults each year. As part of The Survey of the American Consumer, respondents record their consumption of some 6,500 products in nearly 600 categories and provide details about their lifestyles and attitudes.