In A First, Steve Jobs Is Featured In Spots Not Promoting Apple 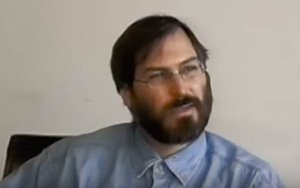 Havas New York has created a new campaign to promote the work of the U.S. Digital Service, which was created by President Obama in 2014 to help government agencies with their digital transformation efforts.

The campaign consists of two films that are narrated by the late Apple co-founder Steve Jobs. Havas says it’s the first time Jobs has been showcased in spots outside of ads for Apple.

Both films use Jobs’ inspirational words to help illustrate what’s possible when people put their minds to it and reinforce the mission of USDS which is to make government services and benefits more accessible via applied technology.

In the films, Jobs talks about how most people are taught to live a “limited” life. But life can be much broader, he states, “once you discover that everything around you called life was made by people that were no smarter than you and you can change it…you can build your own things that other people can use.”

One film, directed by Jake Scott (son of Ridley) shows Jobs speaking interspersed with shots of inspired-looking people at work on USDS projects. Another, with the same Jobs narrative, features animation that Havas created internally via its Studio 6 unit.

The spots have been unveiled as the head of the USDS Mikey Dickerson, the former Google technologist who was recruited by the White House to build the organization prepares to step down.

Commenting on Jobs’ inspirational words in the new spots, Dickerson wrote in a blog post today: “Nothing better sums up how I feel at the end of my time leading the U.S. Digital Service. I’m often asked what the biggest difference was in my work here versus my previous life as a Google site reliability engineer. My answer is simple: the magnitude of the impact. When I look back on the last two years, I’m astounded by how difficult this work has been to do, but those struggles pale in comparison to the positive impact the team has made on the lives of millions of Americans.”

ad campaign, government, technology
1 comment about "In A First, Steve Jobs Is Featured In Spots Not Promoting Apple".
Check to receive email when comments are posted.
Next story loading