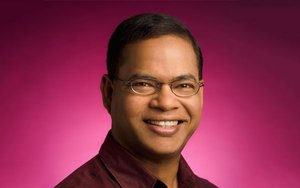 Singhal left Google in February 2016 after spending more than fifteen years at the company. He retired and formed the Singhal Foundation to "give back to the community" by providing underprivileged children in India an education.

Calling the switch "a life change," at the time Singhal expressed his "love" for Google in a goodbye letter, looking back at his time at Google with a "profound sense of gratitude that I was a part of building this."

After his brief retirement, he also began working with small startups to help them grow based on his knowledge at Google, according to his LinkedIn page.

Although his LinkedIn page does not reflect the change, several media agencies report that Singhal will join Uber to advise Travis Kalanick, CEO, and Anthony Levandowski, the head of Uber's self-driving divisions. Reports suggest that Singhal hooked up with Uber after realizing the difficulties in creating a bus route to help kids in India get to school.

Always up for a new challenge, Singhal told TechCrunch that after learning about Uber it became clear the company's business model is one of most difficult and fun computer challenges today.

Singhal played an important part in building the algorithms for the world’s largest search engine and advertising platforms. Now he wants to help folks like his parents, who are in their mid-to-late 70s, keep their mobility through self-driving cars.

"This is real, it impacts real lives, which makes it so much more important that we all get together to solve this problem for the world,” Singhal told TechCrunch.